The Question is very relevant but we also need to find out if it a global phenomenon or an Indian one. Recently an article was published on Economic Times. Let us have a look at what the article finds in the below quote:

What's in this article:

“When the economy does well, the applications drop. During a downturn, more students apply for an MBA 67% two-year full-time MBA programmes around the world have seen a drop in applications this year. But during the global economic downturn in 2009, 64% B-schools reported an increase in applications. That management institutions in Asia and the Pacific have seen the largest decline in applicants could well be an indication of a more robust economy.” 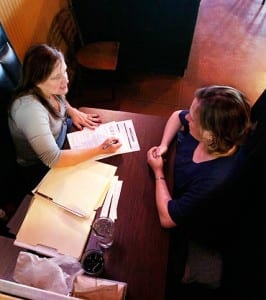 “Economic instability may have kept candidates from applying to B-schools. “In the beginning of an economic recession, people tend to go back to school to retool and be ready for when the economy turns around. But in this prolonged downturn, people are much more hesitant to leave their jobs and go back to school because they are unsure if they will be able to re-enter the workforce at the right level when they graduate”

Well it seems relevant enough but is that all? Can there be any more reasons for the drop in the number of applications?

Let us consider a few more factors that affect applications in India.

There has been a constant increase in fees since last 10 years. Top colleges like IIM’s, MDI, IMI, IMT-G cost well over 10 lac for 2 years. And if one considers the ever increasing interest rate on education loans due to macro-economic changes, the cost of education has increased by a huge margin.

Placement & Compensation have definitely not increased in proportion to the increase in fees. Most of the colleges beyond top 15 colleges have placements which average around 7 – 7.5 lpa, which could easily mean an in hand component from 35-45k across different domains.

Considering Living Expense + Loan Repayment, a person may end up borrowing money to live post MBA. Many colleges boast of 100% placements but the job profiles are never spoken about.

Be Careful or you may have this face post MBA

Another very relevant factor could be that a one year full go preparation costs around 50-60k easily. If you consider the ever increasing cost of Forms, Coaching Institute Fees, Test Series Fees, Traveling expenses, etc. it could go even further. It’s a damn costly affair, and if your giving the exam for the 3rd – 4th time, you have probably paid much more than the fees of a two year MBA from low fees colleges such as NITIE, FMS, etc.

What can all these mean in the long run?

We are already observing this. Since the year 2009-2010, the number of applications have reduced across all examinations.

With decreasing number of applications, the cut off across colleges will go down further. This has also happened last year in CAT 2010 where we saw a dramatic fall in cut offs if compared with the year 2009.

As the number of applications reduces and moves towards the break even point, the colleges are not able to recover the cost of conducting the exams because of low sale of forms. We will see a trend of cancelling of examinations which we are observing with exams such as JMET, FMS being scrapped.

4) Colleges are unable to fill all Seats:

Many colleges will not be able to fill their seats with reduction in the number of applicants. This is already happening every year with many MHT-CET colleges.

So is MBA a viable option anymore?

Definitely yes…. considering the long term growth, but only if it is done from a very good college.

What do you think on this matter?

MBA Admissions Myth #4: I should get my recommendations from people in my company who have impressive job titles. Your recommenders job title will not help you get accepted to any B-school. AdCom wants recommendations […]

M.B.A – Master of Business Administration, a degree many of you have been hearing ever since you learnt about taking jobs, especially during your high school days. Apart from becoming a doctor, or an engineer, […]

What is an MBA thesis?