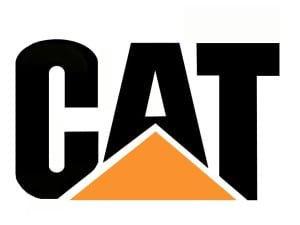 Today, I am going to write something about how you can get a good score just by avoiding the common pitfalls or errors that many students make. Have a careful look at each of these and see if you are making these mistakes.

What's in this article:

The biggest mistake that most of the MBA Aspirants make while preparing for CAT is that they simply skip a few topics.

For example, one student may check the past year papers and find that questions from say, P&C did not come in the last year’s paper. So, they would totally skip the topic. Doing so will result only in lesser percentile in CAT.

Simply because CAT is known for springing surprises every year. So, even if the topic has not appeared for years straight, you can never rule the topic out. Either be prepared for it or be ready to miss on some questions.

While nearly every MBA Aspirant appears for dozens of mocks, rarely a few try to analyze the mocks that they have appeared for. Remember that giving the mock in itself would not help you in any way except helping you known where you stand. It is only the analysis that will take you forward towards a good percentile and a berth in the top IIM’s. So, how should you analyze your mocks? R

3) Blind Guesswork during the paper

Blind Guessing questions during the paper is a common mistake that most of the students make. I understand that you may have read articles on the internet telling you that intelligent guessing will help you improve your score. But, mark the words. It is “Intelligent Guessing” which means that your answer is based on some solid assumptions. This intelligent guessing would surely have helped you improve your score till CAT 2008. Do not try blind guessing now.

The pattern and time limit of CAT has changed a lot now and CAT is more a test of accuracy now. Hence, it becomes very important for you to make sure that you do not go on doing blind guesswork.

1 wrong question can take your dream college away from you. So, here is the line again. DO NOT GUESS BLINDLY.

4) Expecting a particular type of paper

This was a mistake many students made in the last 2 years i.e. CAT 2009 and CAT 2010. CAT is now conducted in a 20 day test window. Now, it becomes obvious that there will be some students who would tell everyone about the format of the CAT paper. Also, with websites like Pagalguy having threads on papers, everyone knows the type of paper coming in CAT. There actually is no problem in knowing how the paper was for the previous day slots.

The problem starts when people go to the CAT center expecting a certain type of paper and basing their strategies around that.

Let us see what happened with the students who went in expecting a certain type of paper the last year.

Most of the slots of the starting days had really difficult LR DI sets. Many students with their exam on ending days went in expecting LR DI to be very tough and hence, made a strategy likewise. However, when they came to the LR DI sets, they found that the question sets were relatively quite easy and many could not attempt enough questions due to lack of time.

5) Hanging on one question for too long

There always comes a time when you think that the question is quite easy and you could solve it given some more time. The answer is about to come. You keep on calculating and suddenly you realize that you have spent 5 minutes on the question. Surely now, you cannot leave a question after wasting 5 minutes on it. You continue trying to solve the question and after spending 10 minutes on it, you are still unable to solve the question. Frustrated, you decide to move on only to find that the next questions were very simple and you cannot attempt them due to lack of time.

Sound Similar? If your answer is yes, here goes the Alarm Bell for you……

As you may have noted in the above example, leaving the question after 2 or 3 minutes would have saved 7 minutes to the aspirant. Those 7 minutes could have helped him solve 3 more questions. So, you are leaving 12 marks for a question of 4 marks.

Avoid bringing ego in between you and a great CAT score

Avoid the above mentioned five pitfalls and you will surely end up with a great CAT score.

Preparing for MBA entrance exams like CAT is a tough job if you do not have an idea of what you should be preparing and how. Hence, I am writing this simple guide for anyone […]

The Verbal section of the GMAT will contain two written passages (each between 400 – 600 words long) followed by a series of questions. Passages can be about any subject, but the most common themes […]

My CAT story – By an MBE DU Student

Just like most engineers, I was enjoying my life in an engineering college until I started thinking about doing an MBA. The thought changed my life completely. I used to think about CAT all the […]