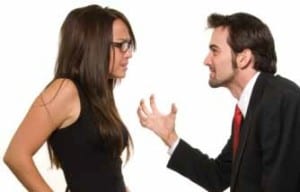 On the other hand Jenh (1997) qualitatively investigated the effects of different types of conflict on work team performance and found groups with norms that accept task but not relationship conflicts are most effective. Simon and Peterson (2000) summarized the literature and noted that compared with the groups having deal with relationship conflicts, groups with task conflicts tend to make better decision because, as they stated, such conflict trigger greater cognitive understanding of the issue involved.

In contrast, relationship conflicts inhibit the normal information processing abilities of the group members because those conflicts divert their attention to each other rather than the group’s task – related problems.

The Importance of doing an MBA

With an ever increasing number of corporate organizations who require efficient, smart and hardworking people with a pleasing personality capable of managing their resources, MBA education has gained tremendous popularity in the last decade. In […]

My CAT story – By an MBE DU Student

Just like most engineers, I was enjoying my life in an engineering college until I started thinking about doing an MBA. The thought changed my life completely. I used to think about CAT all the […]

This is the first brainstorm session for your business. When you brainstorm don’t shoot down and criticize any ideas you have: don’t worry if they are lame or too “different”. Think positively and jot down […]